​Te Tiriti o Waitangi is a treaty written in the Maori language which is made from pre-European to dog skin. It is the only treaty witnessing three Soveriegn seals.  There is the seal of Queen Victoria on behalf of the Crown of England the seal of Waikato Tairea on behalf of the Crown of the Maori Nation and a seal by Governor Hobson on behalf of the Colonial Government of New Zealand. The treaty was sent to England after 1840 with the Seal fo Taiapuru Waikato Tairea including the signature of Governor Hobson and the signature of the witness to Governor H.R.H Queen Victoria, the treaty was returned to Aotearoa via the Flagship "Herald". The treaty now contained Queen Victoria's Seal.  The treaty was presented to Waikato Tairea at Mahia on the East Coast under three consecutive twenty one gun salute by the "Herald" and its accompanying ships the "Penguin" and the "Alligator". This completed the partnership of the Tiriti of Waitangi at Sovereign Level. 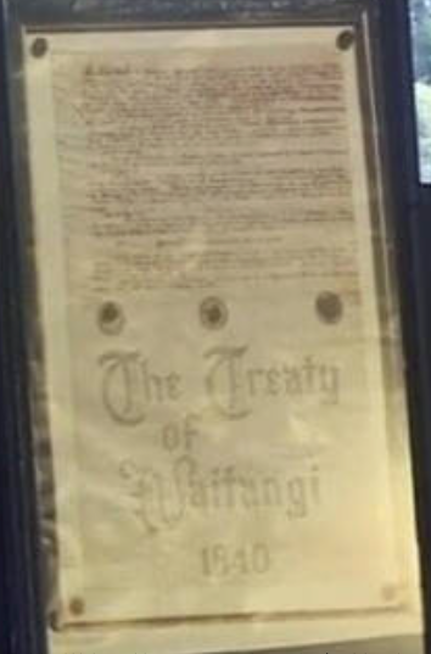 Te Tiriti o Waitangi Mandate Document with Seals
The Crown of England vacated 1986 validated by Gregory Baughen, Secretary to the Governor General in a direct recorded conversation. They are no longer here.  The only successor is the Crown of the [Maori] Mauri Nation.
​What does this mean?

The Crown of England vacated 1986 validated by Gregory Baughen, Secretary to the Governor General in a direct recorded conversation. They are no longer here.  The only successor is the Crown of the [Maori] Mauri Nation.

By Letters Patent enacted by us 20th December 2020 we reign in perpetuity and extend the provisions of our [a]ctions to provide for the Administration of Justice and Lore/Law in Aotearoha[New Zealand] and for the more effectual Te Whare Runanga[Government] thereof and for other purposes enacted from time to time issued under the Great-Seal of the 'Crown-of-the-Mauri-Nation' to exercise powers hereby vested in Us to erect the said islands of Aotearoha[New Zealand] North Island/South Island/Stewart Island/Islands annexured to Aotearoha[New Zealand/Norfolk Island/Christmas Island/Cocos Island and Gondwanna[Australia] and to make all such laws, ordinances, instructions as we see fit;
The Crown of the Māuri Nation are mobilized throughout the entire lands of Aotearoha bringing forth the true power and glory of God on the Earth/Te-Whare-Matamuatanga-o-IO as may be required for peace, order and good government;

We stand as living men and women, standing in our private capacity on our paramount lands, in our Charters & Kin-doms/Matamuatanga, having returned from sea to manage our affairs & all the tenants/pakeha living on our lands as ratified in He-Whakaputanga-o-te-rangatiratanga-o-nu-tireni/~1835, Te Tiriti o Waitangi 1840 & verified within the Queen-Victoria-Statement [de]livered by: Lord-Normanby/~1839 & Queen-Victoria: Letter/-1858.